Many people considered routing lookups slow (and created various mechanisms of avoiding such lookups, like route caching in tunnels (or even protocols), or having per-flow hash record (FLOWTABLE)).

Actually, given number of locks is roughly like having single Giant lock: single-cpu performance (600-1mpps) is very similar to the results you can get using modern dual-cpu system with 16/32 cores. The most expensive operation is acquiring struct rtentry mutex (think about default route delivering HUGE contention on single lock, which is also hold for plenty of time). However, other locks do heavily impact processing path.

Dealing with performance issues revealed number of problems which also have to be dealt with:

While a really good job of decoupling L3/L2 was done in 8/, it was not completed. LLE code suffers from the same problems:

Most of the performance issues described in "Problems" sections were addressed in projects/routing branch (some already merged to HEAD). We managed to remove rwlocks/mutexes from hot path, so these changes permits us to scale close-to linear based on number of cores. In fact, we were able to reach close to 12MPPS for IPv4 forwarding (2xE2660, 8 cores) which is 5-10 times faster than current benchmarks. 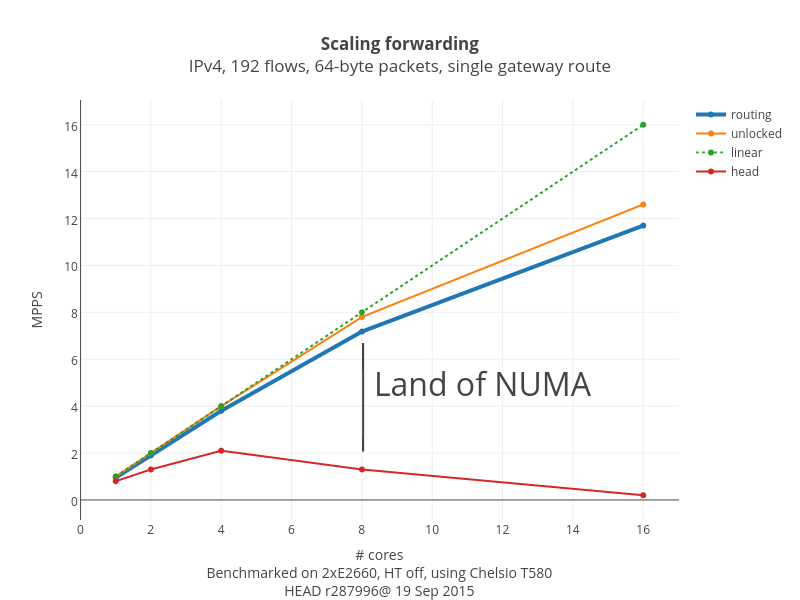 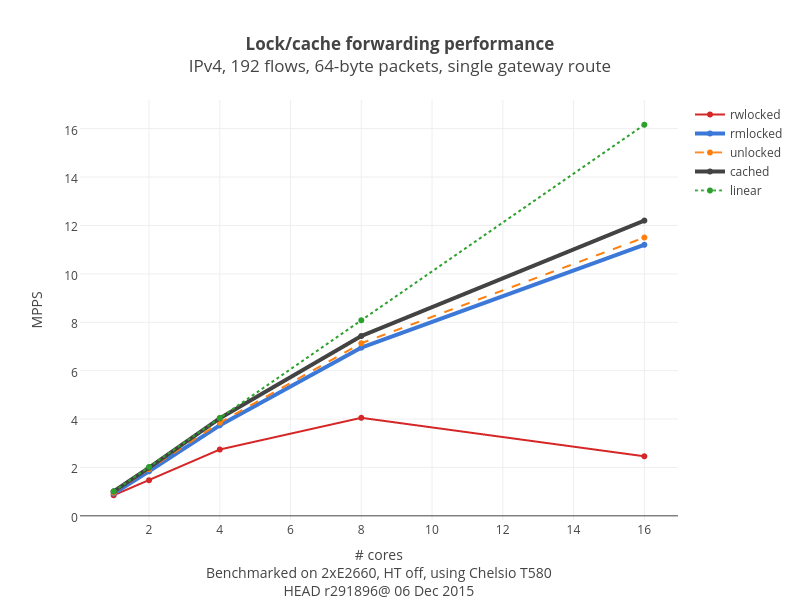 The key concept is hiding all routing internals and providing pre-computed easy-to-use result to all consumers with minimal locking. We provide separate functions for each address family (fib4/fib6/rib). We also provide several different (in terms of returned info and relative overhead) methods of retrieving routing data. Typically, lookup result is pre-computed next hop data, copied to caller-provided 64-bytes nhop_* structure, with (optionally) all necessary data _including_ the data that needs to be prepended to mbuf (currently - pre-computed L2 header).

Routing customers can be split in several categories: