The finstall installer (that is: the backend and the front-end) now successfully installs a FreeBSD base system ("Amnesiac", which is the default name an unconfigured FreeBSD system takes).

Here are some screenshots of the current installer (the "novice" track, meaning as little interaction with the user as possible): 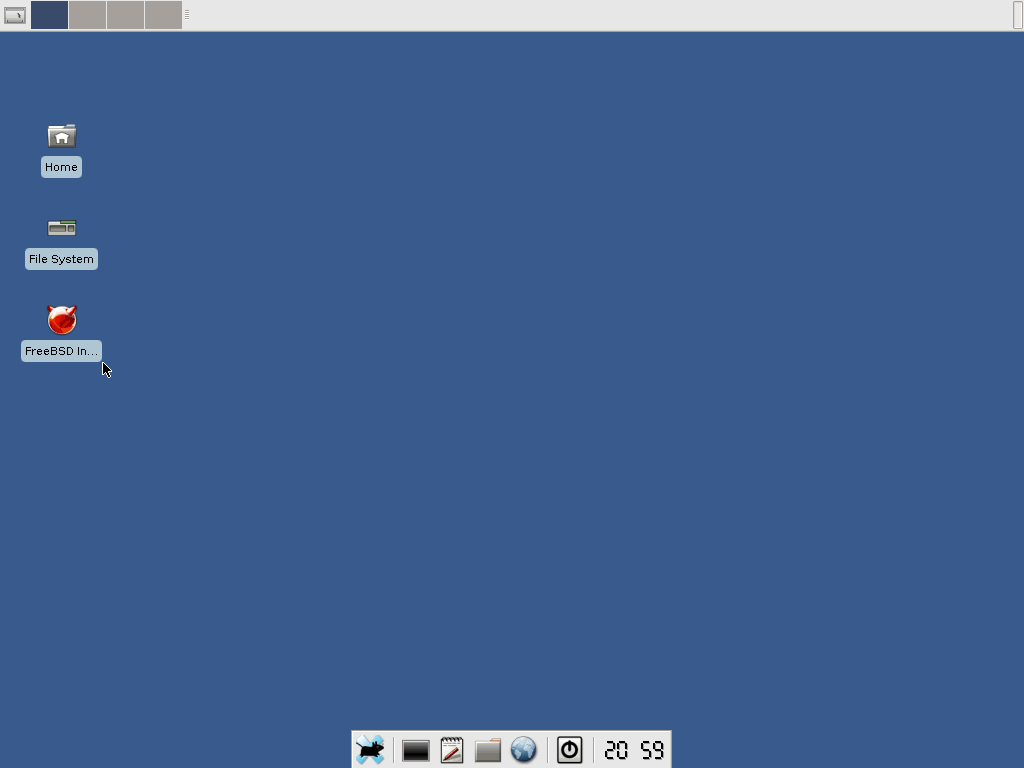 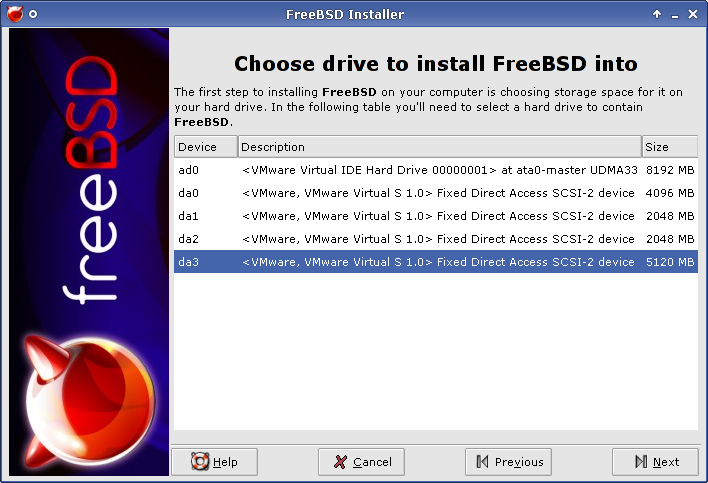 Choosing the drive to install FreeBSD onto 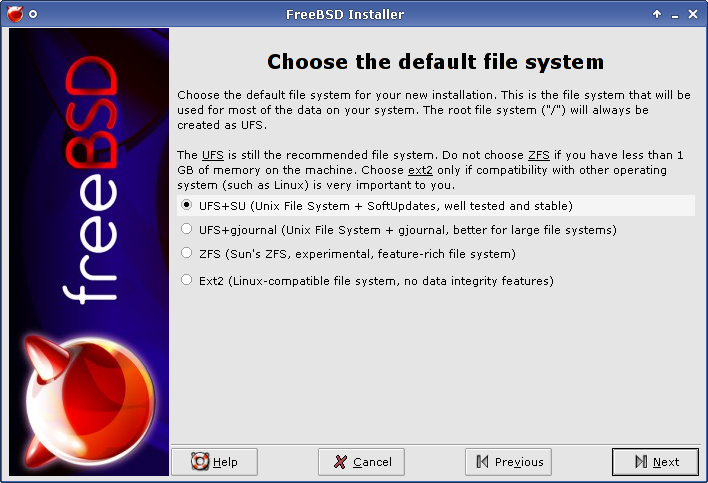 Choosing the file system to use on most of the partitions 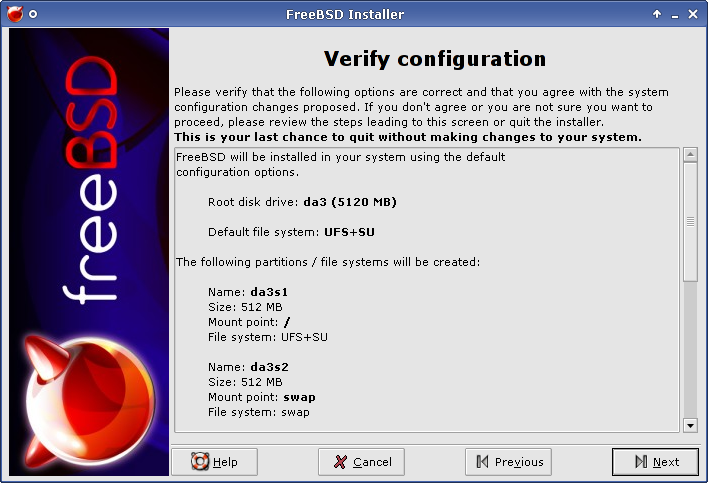 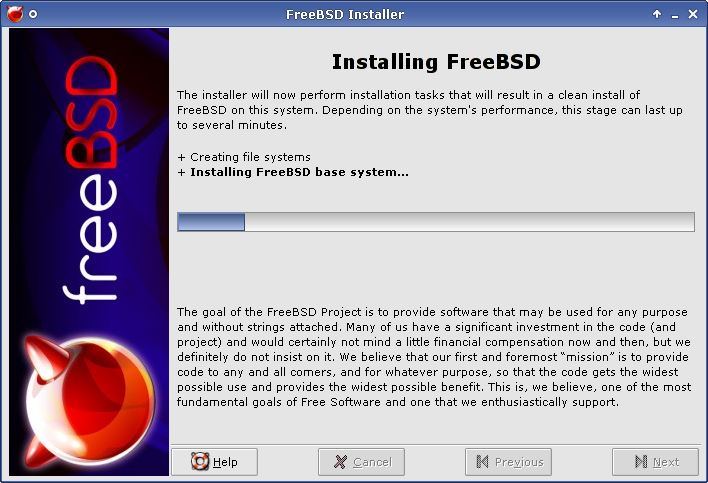 The backend is visually boring, though it contains much of the most interesting work, so there are no screenshots of it.